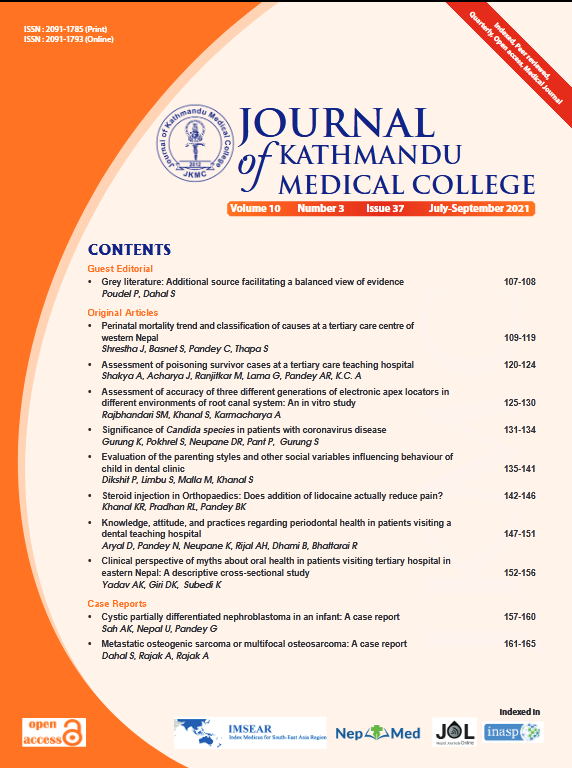 Objectives: To assess the poisoning survivor cases and various associated parameters like most common poison, the circumstance of poisoning, age and gender distribution, and triggering factors.

Methods: A retrospective study was done in 94 cases of poisoning, from whom reliable history could be obtained, admitted to Kathmandu Medical College, over the period of 12 months, from April 2019 to March 2020. After obtaining ethical clearance secondary data were collected from the medicolegal examination reports. The data were entered and analysed in Statistical Package for Social Sciences (SPSS) v.18.

You may also start an advanced similarity search for this article.